The Hungarian driver sealed the title at the Sepang International Circuit at the season-ending WTCR Race of Malaysia. The event brought the extremely competitive campaign to a frantic finale with all three races taking place over a single day, with the closing event of the campaign held under floodlights.

Michelisz extended his championship lead on Friday as he clinched both pole positions on offer for the weekend, and the ten points that came with them. More important was the dominant win in Race 1, further building his advantage. It proved timely, as his closest rival took victory in a Race 2 conducted in appalling conditions to set up a tense finale. 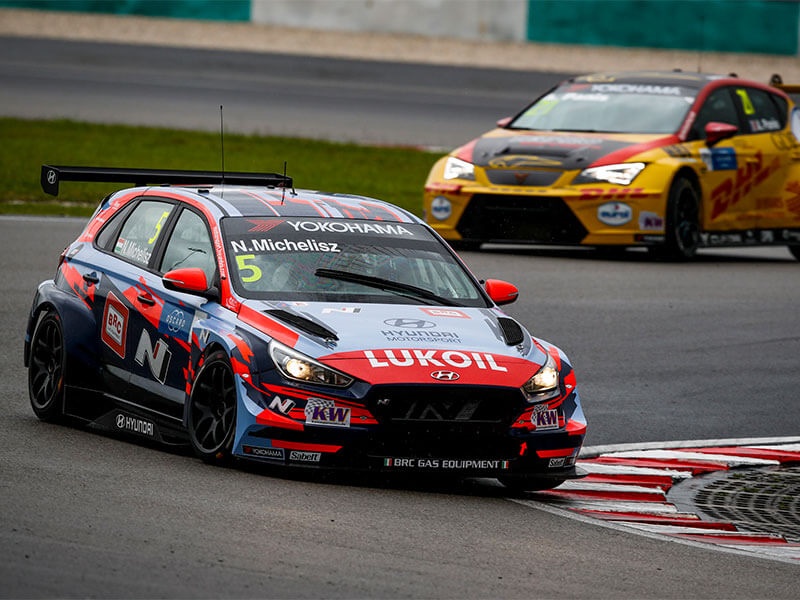 Despite losing the lead off the line Michelisz kept calm and managed the race to make sure he took the result needed for the title. He held on to fifth position (which became fourth following post-race penalties) to protect his lead to bring his points’ tally up to a total of 372 - 23 more than his nearest rival at the close of the year.

In lifting the WTCR title Michelisz follows directly in the footsteps of teammate Gabriele Tarquini, who took the drivers’ title in the first season of racing for the i30 N TCR in 2018. Even as outgoing champion Tarquini himself was also among the frontrunners on the 2019 grid, taking a pair of race wins and finishing the year in eighth place in the championship.

Michelisz, meanwhile, tallied a total of five wins across the year – taking the chequered flag first in races at the Nürburgring Nordschleife, Vila Real street circuit, China’s Ningbo International Speedpark and Suzuka in Japan before his victory in Malaysia. He also stood on the lower steps of the podium five times. That count included a second place at the Hungaroring, where i30 N TCR finished 1-2 in the final race of the weekend for the second consecutive season. 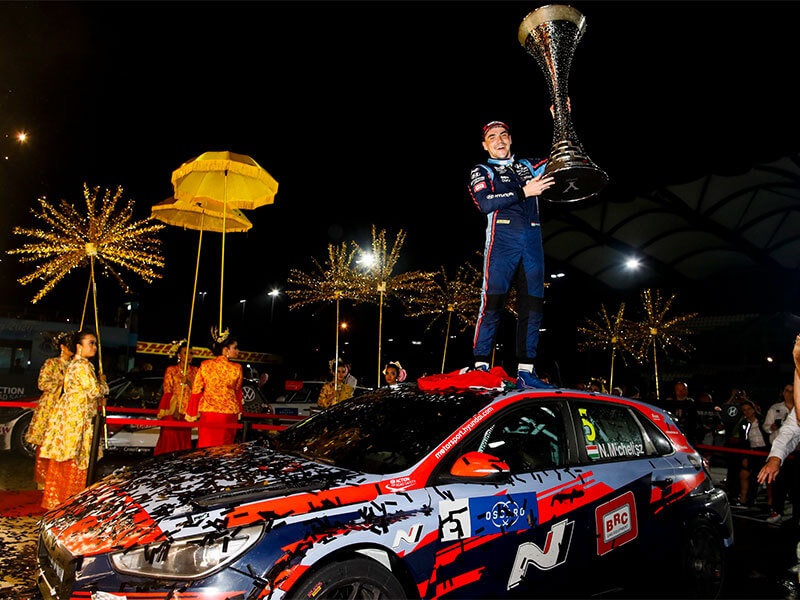 Unsurprisingly, given the pace of the car and the two teammates, the BRC Hyundai N Squadra Corse also finished the season well placed in the teams’ championship. The outfit started the Sepang weekend with a chance of taking the title – a result that would also see them succeed another Hyundai customer – and with a double podium in the first race in Malaysia closed in on the points’ leaders before the final races. Though the duo continued to push, they could only maintain their place in the standings to secure the runner-up spot for BRC Racing Team for the second year in a row.

The second pair of i30 N TCR – run under the BRC Hyundai N Lukoil Racing Team banner – finished sixth in the points with regular drivers Nicky Catsburg and Augusto Farfus 13th and 15th respectively in the final drivers’ standings.

In total, Hyundai customers accumulated six pole positions, three fastest laps, 18 podiums and seven wins in a gruelling 30-race season. The pinnacle of international Touring Car racing, the 2019 WTCR brought together seven different manufacturers for the most competitive and high-profile series using the incredibly successful TCR regulations. Michelisz’s 2019 title, despite challenges from both new names to the series and more familiar rivals confirms the i30 N TCR as the leading car in the category. 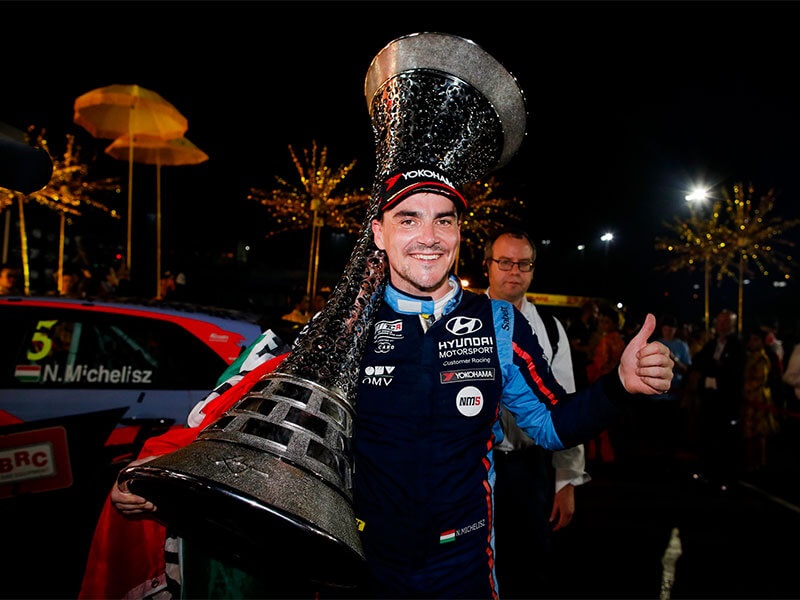 Norbert Michelisz said: “I am so happy to be able to say I am the WTCR World Touring Car Cup winner. It is such a fantastic feeling after such a tense day. From the start of the weekend the i30 N TCR was really fast, but the mixed conditions for the races still made it very challenging. Though it is a drivers’ title it has been won with the help of the whole team. Without their work, and the performance of the car it would not be possible. Gabriele Tarquini was one of the first people to congratulate me once we crossed the line. To follow him as the WTCR winner is amazing for me and especially great for the whole BRC Racing Team and the Hyundai Motorsport Customer Racing department who are responsible for building the i30 N TCR.”

Hyundai Motorsport Team Director Andrea Adamo said: “I could not be more proud to say we have a second BRC Racing Team-run Hyundai i30 N TCR driver as WTCR – FIA World Touring Car Cup winner in two years of racing. Norbert has obviously been great, and fully deserves to be on top of the podium after an incredibly close season. To clinch the title he needed a strong weekend in Malaysia under pressure, and he did exactly what was asked of him. For him to have won at five different circuits, as radically different as the Nordschleife and Vila Real, shows how versatile the i30 N TCR package is. It also shows the car can cope with anything the WTCR season – or any other TCR series – can come up with, and finish the year with a superb result.”

President of Hyundai Motorsport Scott Noh said: “Only a few weeks ago I was speaking to all the teams and drivers who have won titles with our Hyundai Motorsport-built TCR cars. Now we can add a second WTCR – FIA World Touring Car Cup drivers’ title to complete an excellent year. The series is incredibly competitive, with many very strong drivers, teams and manufacturers involved. For the Hyundai i30 N TCR to have consistently been at the front of the series for two full seasons is very impressive. It is a great indication of the talent of all the drivers with our customer teams, the teams themselves, everyone involved with the project as part of our Customer Racing department and of the performance of the car.”