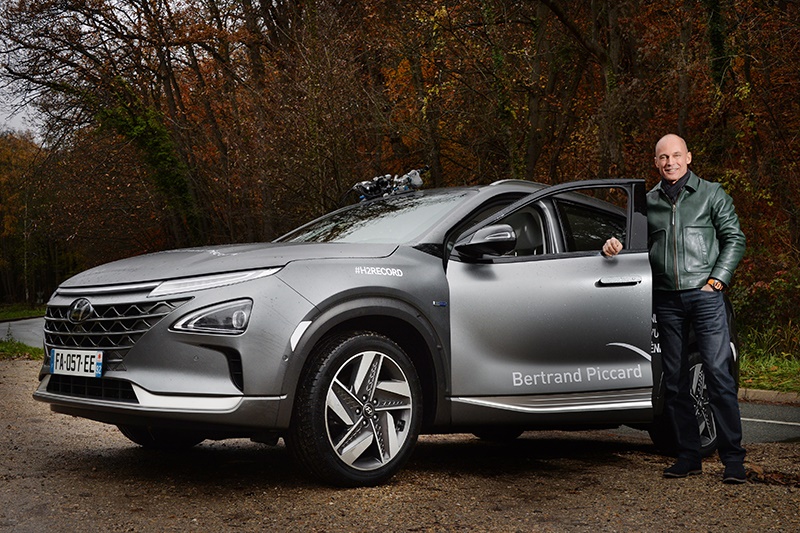 French aeronaut and president of the Solar Impulse Foundation Bertrand Piccard has broken the world record for the longest distance traveled in a hydrogen-powered vehicle on a single refueling. Driving in a Hyundai NEXO, Piccard left the FaHyence hydrogen station in Sarreguemines on Monday 25 November, a place chosen because of the Grand Est Region's commitment to responsible mobility, and arrived the next day at the Musée de l'Air et de l'Espace in Le Bourget – a distance of 778km. Never before has a production car powered by a hydrogen fuel cell covered so many kilometres on a single charge.

Accustomed to extraordinary challenges, including the first round-the-world trip in a balloon with Breitling Orbiter and the first round-the-world trip in a solar plane with Solar Impulse, this time Bertrand Piccard was able to take passengers along on this adventure. This was an opportunity for the adventurer and his guests to discover a new generation of car, to share their experiences in terms of environmental protection and to compare their points of view on sustainable development and mobility. 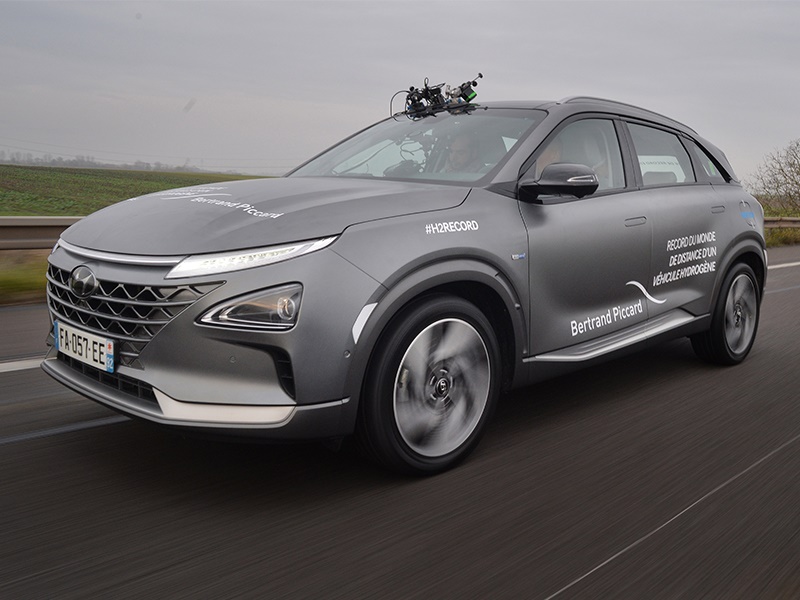 In the passenger seat alongside Bertrand Piccard were: 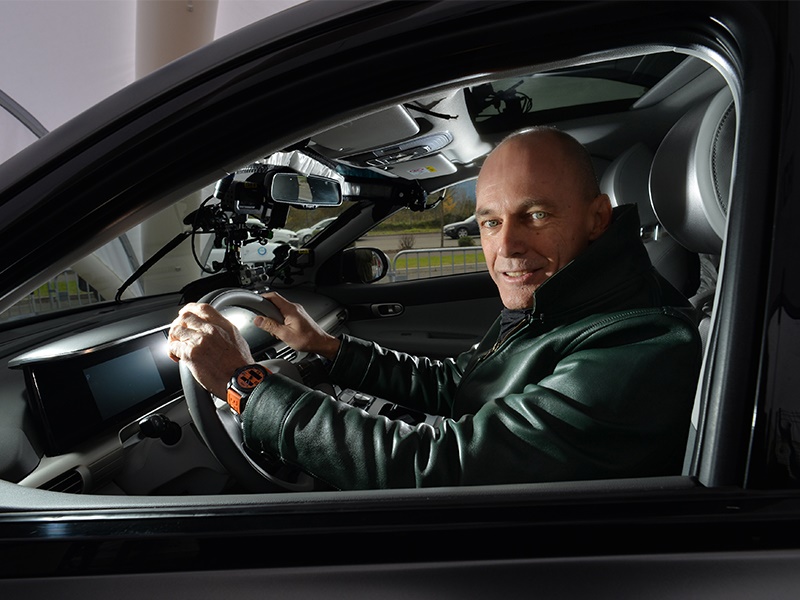 Arrival of record was celebrated in the setting of ‘’Musée de l'Air et de l'Espace’’ in Le Bourget, a reference to Bertrand Piccard's aerial exploits. In his capacity as the new world distance record holder with a hydrogen vehicle, Bertrand Piccard said:

"With this adventure, we have proven that with clean technologies, we no longer need revolutionary experimental prototypes to break records. Everyone can now do it with standard zero-emission vehicles,” said Piccard. “A new era in performance is beginning, for the benefit of environmental protection”.

As the first car manufacturer to mass produce hydrogen-powered vehicles, Hyundai is actively preparing for tomorrow's zero emission mobility. Avoiding any dogmatic position on alternative energies, the brand is already responding to current changes in the car market by offering the widest choice of electrified powertrains on the market.

Bertrand Piccard is committed to the planet through the challenge of 1000 Efficient and Profitable Solutions to Protect the Environment, which he initiated with the Solar Impulse Foundation. Hyundai Motor France shares the same vision of sustainable growth and has used him as its ambassador since 2017.